# A note on Adiabatic Evolution in Quantum Annealing

In a lot of introductory literature about Quantum Annealing, Adiabatic Quantum Computing (AQC) and Quantum Annealing (QA) are explained very well, but one crucial connection seem to always be amiss.. What exactly is evolution, or adiabatic evolution?

First, the Hamiltonian of a system gives us the total energy of that system. It basically explains the whole system (what kind of kinetic or potential energy exists, etc). The ground state of a given Hamiltonian is the state associated with the lowest possible total energy in the system. Note that finding the ground state of a system is extremely tough. A problem such as the Traveling Salesman Problem (TSP) is then converted into a formulation (QUBO or Ising) for which a Hamiltonian is set up easily.

Quantum Annealing works as per AQC as follows:

Adiabatic evolution follows the adiabatic theorem in that the evolution should not be too fast, else the system could jump into the next excited state above the ground state, which would result in a sub-optimal solution in the end. The general formula is as follows:

Setting up Hamiltonians consists of translating the TSP instance to an Ising spin glass problem instance. The Hamiltonian of that problem is very well known, and by translating to an Ising problem, one automatically encodes the problem in a way s.t. minimizing the Hamiltonian (i.e. minimizing the total energy and thus getting into the ground state) automatically minimizes the Ising spin glass instance and thus the TSP instance.

With the Hamiltonians out of the way, a huge question marks sits with the adiabatic evolution part. What is going on here? The figure below shall help build an intuition. 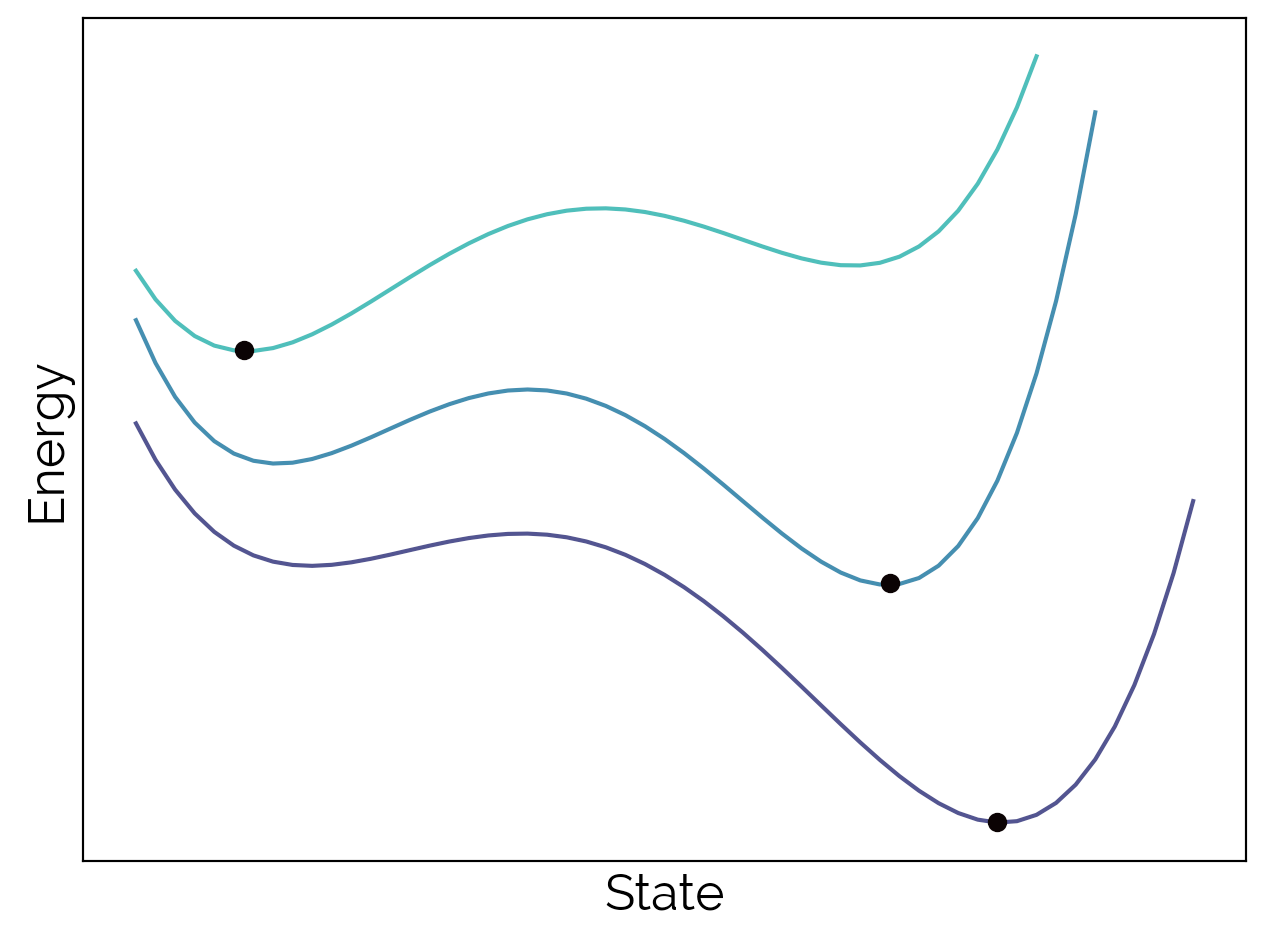 There are quite a few more topics to cover, but this post ends here to keep things short and concise. More will likely follow.

A project this was related to is QUBO-NN.