A more recent and editorialized version of this post can be found here.

To start trying to fit a wave onto a spectrum, the data has to be stitched together. Only channels actually send data (these are the long, upside down U-shapes in the spectrum). The black line in the following picture shows how the algorithm stitches those channels together.

Based on a smoothed version of the resulting data (using rolling averages) an inverse FFT (IFFT) is calculated. This is the meat of the algorithm. 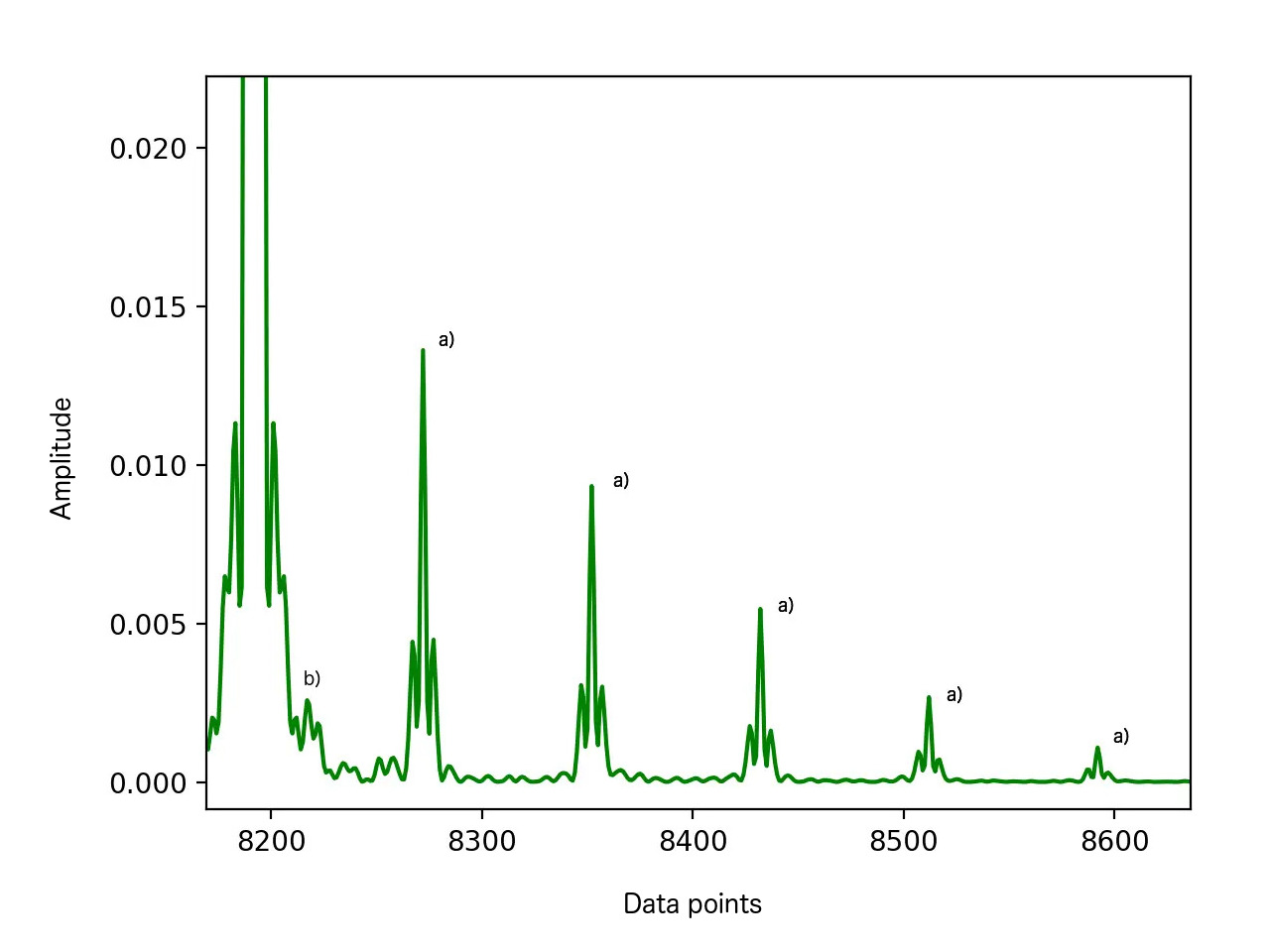 Now, those huge impulses (denoted by a)) in the chart in 160 steps are the U-shapes. The algorithm guesses that harmonic based on the channel width and the spectrum width. They are supposed to decrease the higher the frequency. If they don't, if one of the impulses is bigger than the previous one, a wave impulse is detected. This is for waves that by coincidence fall exactly in the same frequency as the U shapes. If this was the case (unfortunately I do not have an example spectrum), the U shape would continue where there are no channels (just noise), even though with less power (height of the shape would be much smaller). These are called harmonic impulses. Non-harmonic impulses, see b), are the ones that are on a different frequency than the guessed one. Most of the time, from what I've seen, they are before 160. A significant impulse is one that has at least 45% the height of the last harmonic impulse. Now, all non-harmonic impulses that are higher than the last significant harmonic impulse are considered wave impulses.

A few additional constraints were added. First, a definition: The main harmonic is the first (and highest/most powerful) harmonic impulse. Now, the following three conditionals deal with false positives:

Future work: Describe how to calculate the location (in metres) of the issue in the cable. Yes, that's possible!