About the author:
Daniel is co-founder and CTO at Aqarios GmbH. He holds a M.Sc. in Computer Science from LMU Munich, and has published papers in reinforcement learning and quantum computing. He writes about technical topics in quantum computing and startups.
jrnl · home about list my ventures LinkedIn

PreDeCon1 is a projected subspace clustering method based on DBSCAN. This will be a short post, mostly to illustrate the concept with an example, since I believe code is worth a thousand words. But the gist is to weigh the distances based on the variance of their neighbors. I.e., if your neighbors are all distributed in a line, you assign a very small weight to distances along the line and very huge weight to the perpendicular dimension. So, if a point is slightly outside of the line, it's already not part of your cluster (since the distance is weighted heavily). Often, those weights can be up to 1 to 100! So going outside of the line penalizes (=weighs more) the distance by a factor of 100.

See for yourself in the following picture of an example data set. PreDeCon will find two clusters, both the lines in the picture. 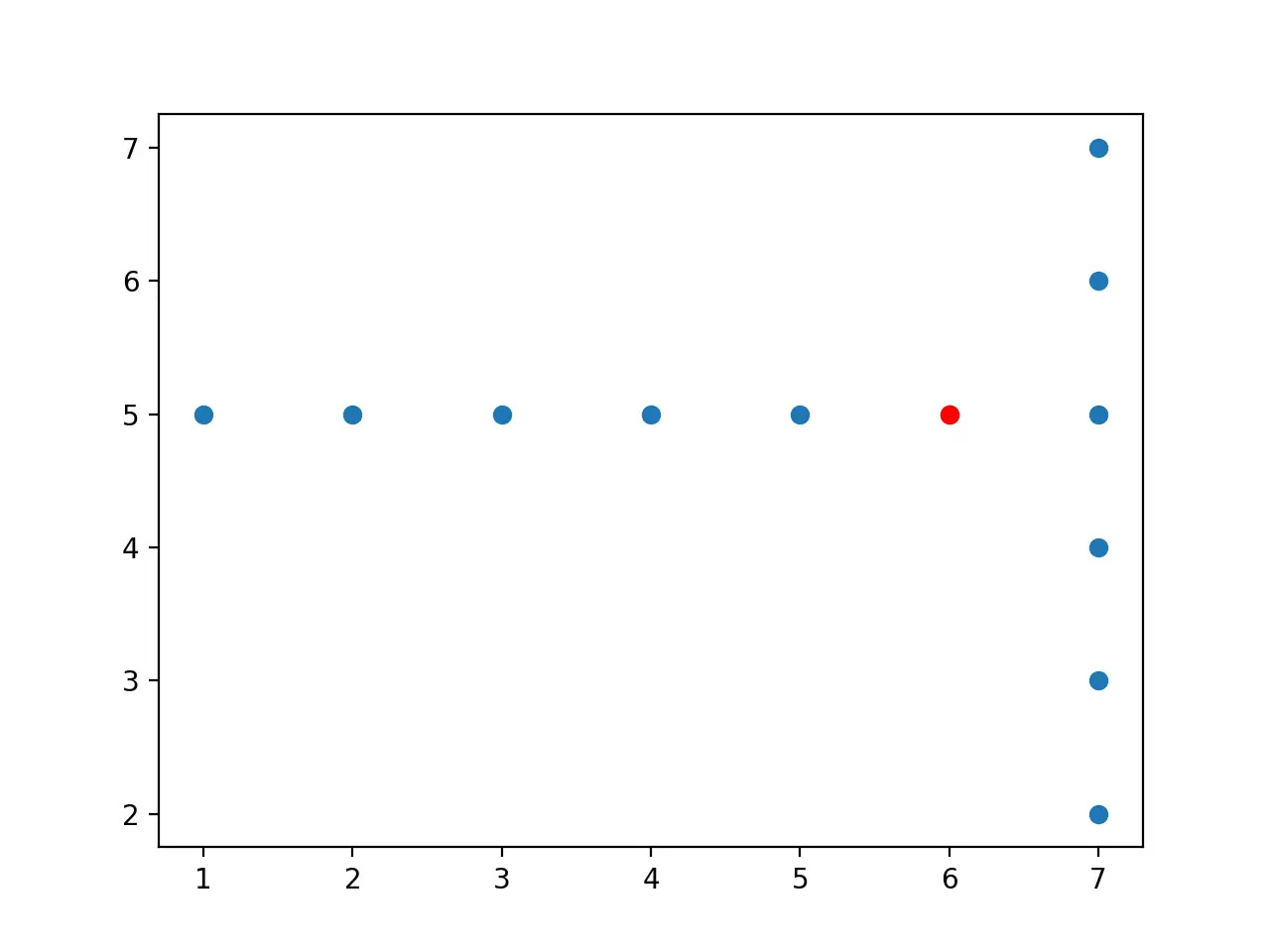 Finally, here's Python code explaining the above concept, including all details (such as correct euclidean distance calculation and not the simplification we used).

Can also be found here.